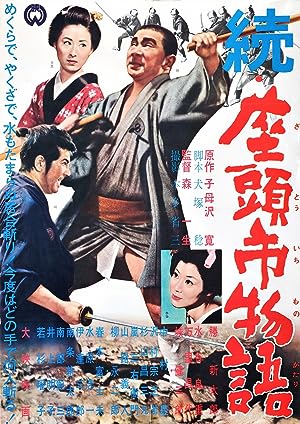 The Tale of Zatoichi Continues (1962)

Blind swordsman/masseur Zatoichi is pursued by the retainers of a lord who fear that he will reveal a secret weakness of their master. Returning to the village where a year before he had killed Hirate, a much-admired opponent, Zatoichi encounters another swordsman and former rival in love: his own brother. He must face in combat not only the pursuing retainers but his own flesh-and-blood. Written by Jim Beaver

See You Tomorrow, Everyone