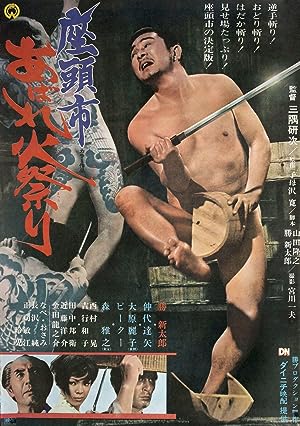 Zatoichi Goes to the Fire Festival (1970)

Cowritten by star Shintaro Katsu, this adventure pits Zatoichi against one of his most diabolical foes: a blind yakuza boss whose reign of terror and exploitation has made him nearly mythic. Guest starring the legendary Tatsuya Nakadai as a ronin haunted by a traumatic past, and featuring an unforgettable nude swordfight in a bathhouse, this twenty-first entry in the series is a fan favorite. Written by Anonymous