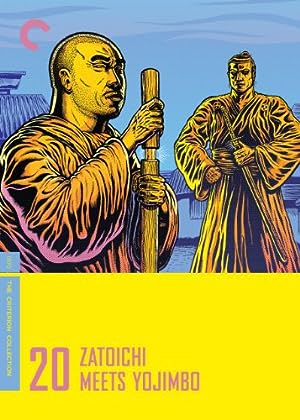 With a price on his head, Ichi seeks tranquillity in a favorite village. Since his last visit, it has fallen prey to Boss Masagoro, the son of a merchant rumored to have stolen gold from the shogunate. The boss has hired Yojimbo as his hard-drinking enforcer, but Yojimbo is both a spy for the shogunate, trying to find the gold, and in love with the merchant’s unwilling mistress, Umeno. Ichi hires on as the merchant’s masseur and buys Umeno’s freedom with his employer’s own money. This embarrasses Yojimbo who withdraws from a pact with Ichi to stir up trouble between father and son and their gangs. As the two sides fight, Ichi finds the gold and sets up a final set of confrontations. Written by